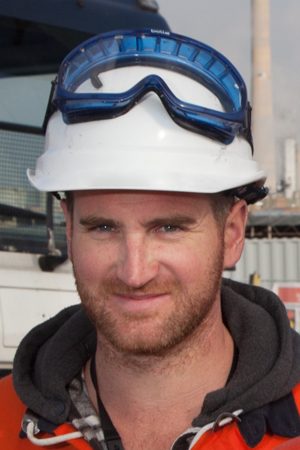 At 17, Edward was the youngest person in Victoria to obtain his excavation licenses.  It seemed inevitable he would follow his father into the construction industry. As an apprentice carpenter he gained a wealth of experience right across the building spectrum in Melbourne, working on everything from units, factories and heavy industrial shutdowns for car manufacturers. The work involved building factories, robot pits and bases amongst other works on a strict construction schedules.

He soon put together a team of quality carpenters and undertook commercial carpentry contracts for larger unit development builders and did extensive works on the Melbourne airport upgrade.

Edward always had a desire for the concrete and earth moving aspects of the construction industry and has methodically honed his skills and purchased an ever increasing fleet of trucks and machines.

Possessing strong leadership skills, strengthened by his schooling at Ivanhoe Grammar.  He now leads by example on sites with strong Occupational Health and Safety at the forefront of all things he does.

At nearly 30 years old, Edward already has a wealth of knowledge and experience beyond his years. He is a very skilled concreter and machine operator, always embracing new challenges and innovative techniques in the delivery of the products and services. He is a perfectionist, forever seeking excellence and improvement in all things he does. 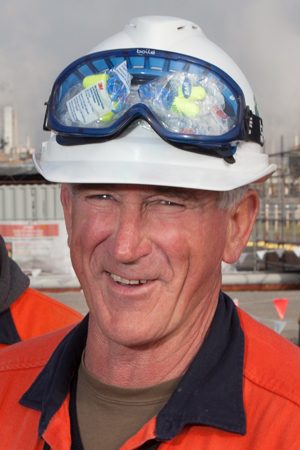 Terry has a lifetime of experience in building and construction, contracting across a wide variety of developments across Melbourne and overseas.

Beginning as an apprentice carpenter and joiner for W.O. Longmuir and Sons Pty Ltd, before attending night school and being promoted to leading foreman at 17 years of age.

He moved onto larger projects before starting his own business, building high quality architectural extensions and additions in and around East Melbourne’s suburbs of Camberwell, Hawthorn, Kew and Toorak. He was one of only a few builders trusted and recommended to work on National Trust buildings.

Terry went on to larger projects with his team, building one of the first hypermart supermarkets in Australia for Safeway on a sub-contract management basis with his previous employer.

The work was rewarding and satisfying and he continued working on that basis before leaving for Oman in the Middle East in 1991, as there was a shortage of building work in Australia. Projects in Oman were the Sultan’s Palace at Sohar with a workforce of 150 men, and then building 6 of the 16 transmitter stations across Northern Oman along with roads, towers and other infrastructure.

Terry’s Occupational Health and Safety qualifications led him to be employed at Fahud to oversee the safety of the oil drill rig moving operations and transport.

Upon returning to Australia, Terry worked with Richard Oliver risk managers before taking a role with Abigroup as a Project Manager. Projects included high-end unit developments on the beachfront at St Kilda and Brighton and then as the Senior Site Manager of two 32 level apartment towers in Southbank and in the CBD.

Terry created Altere Group and has worked with the company since 2006.